2014 stands as a defining moment for the RAM Records imprint. Not only did it announce the pivotal signing of artists like Audio, Teddy Killerz and Bensley but they also oversaw the birth of compilation series RAMLife hosted by Loadstar. Even in its first form, it contained nearly every essential release the last twelve months had to offer.

But this year, RAMLife is taking you into deeper and murkier dimensions. Having already flexed his production muscle on the ricocheting, four-track ‘Nil by Mouth’ EP, as well as his first visual debut in the music video for ‘Heads Up’, it’s now time for Audio to cut open and expose his musical psyche.

Including some of the most aggressive, technically adept and prominent artists the genre has to offer, including Bad Company, Optiv & BTK and Noisia to name a few, no stone goes unturned for the album’s entirety. Audio also throws bass-fuelled bullets in the form of exclusives, with explosive VIPs that have yet to be released.

The brand new cut ‘Foodchain’ from Audio sets a theme which is prevalent throughout all 27 tracks. Uncompromising yet diligently crafted, it leads you into a freight train of musicality which holds you hostage from start to finish. Zipping through to the mechanical composition of Mefjus’ ‘Brainwork’, all the way back to Spor’s heavy-hitting ‘Bullet Time’ remix; this is a no holds barred exploration of the genre’s darker side.

But what can you expect from the man who garners such an explosive reputation across the club circuit? Audio brings his live personality into the whole album and accompanying mix; one that doesn’t let you pause for breath. They’re a collection of tracks that’ll leave an atomic bomb sized impression inside the community, which further solidifies his reputation as an ever- growing, unstoppable goliath. 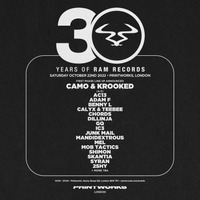 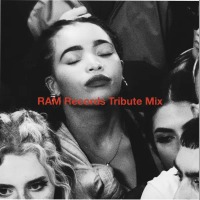 Riot II Is Finally HereThe Second Part of the Riot Series is Here!

Mandidextrous Continues String of Releases on ProgRAMExpress Yourself / Radiator Out Now!